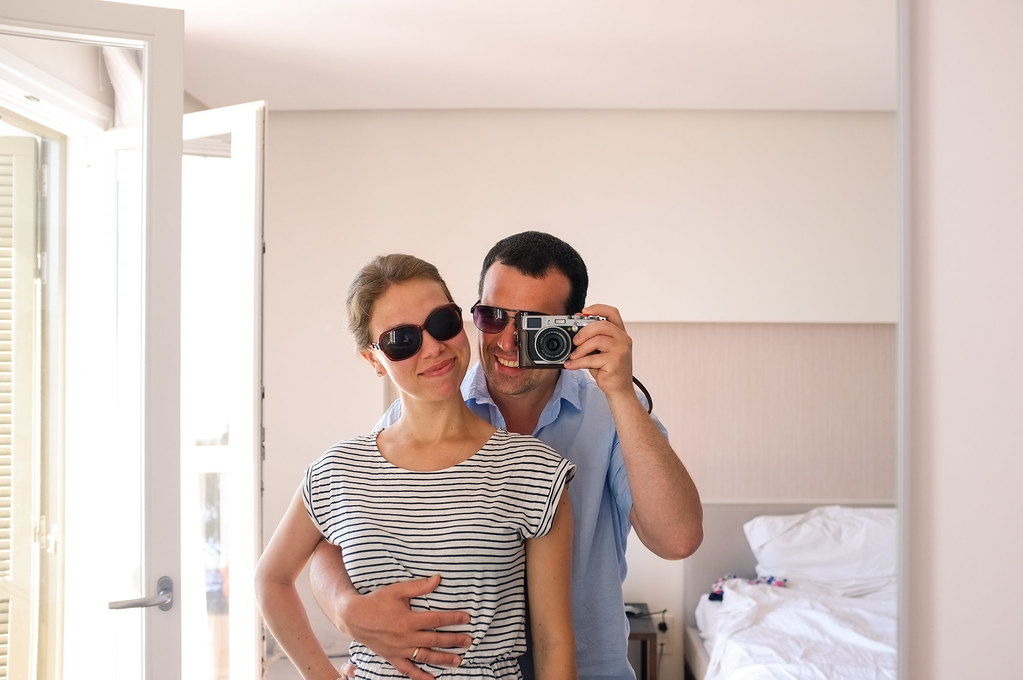 From Galaxidi we crossed the mighty Rio-Antirrio bridge which connects mainland Greece with the Peloponnese peninsula. We drove right past Patras as we were headed to the tiny village of Katakolo, some 120 kilometers away. While this might seem like a short distance, the small inland roads and reckless driving of some people made it an interesting journey.

Our hotel in Katakolo was located on the hill behind the village. To get there we had to drive through the centre of the village, which is basically just one stretch of road past. In the US it would be called “Main Street”, in Katakolo this was basically the only street. It was a little after noon when we drove through the village and we were surprised to see hundreds of tourists browsing the shops and strolling down the street. At the far end we saw the reason for the disproportionate amount of tourists compared to the size of the Katakolo. There, in the harbour, a huge cruise ship was anchored, just a minute walk from the shops and restaurants. 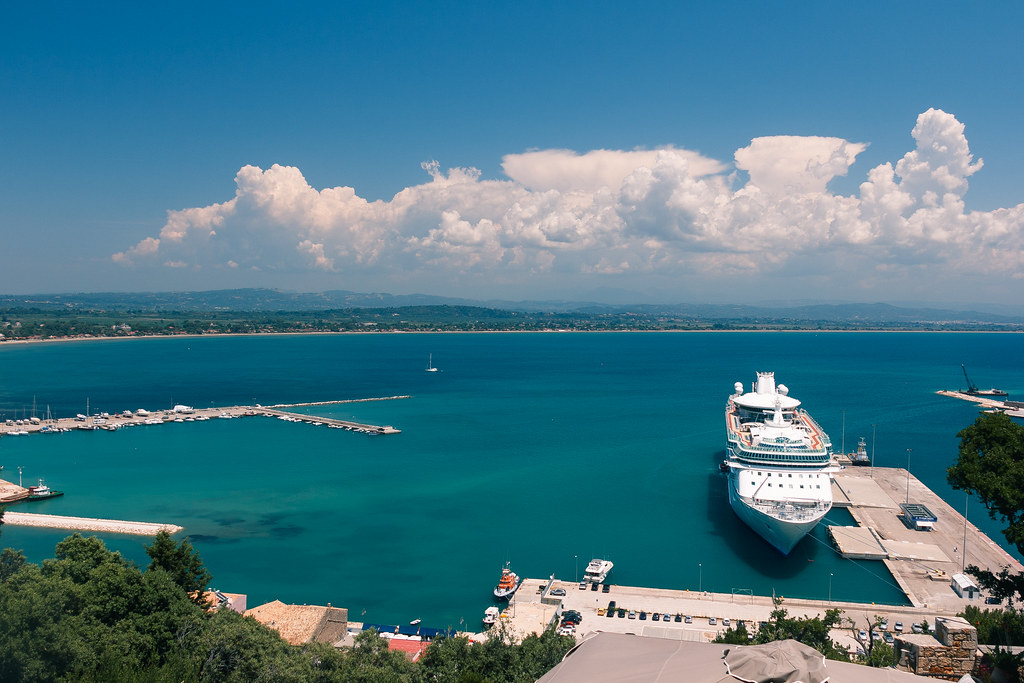 The hotel was everything we had hoped for. It was quite new, stylishly furnished and almost completely empty. From our balcony we could see the whole bay and the harbour and watch the constant stream of people from the cruise ship. That afternoon, the cruise ship left the harbour, and the village of Katakolo basically came to a halt. All the shops closed, main street stood empty and at the restaurants, the proprietors were the only other customers. We had been told to expect that. 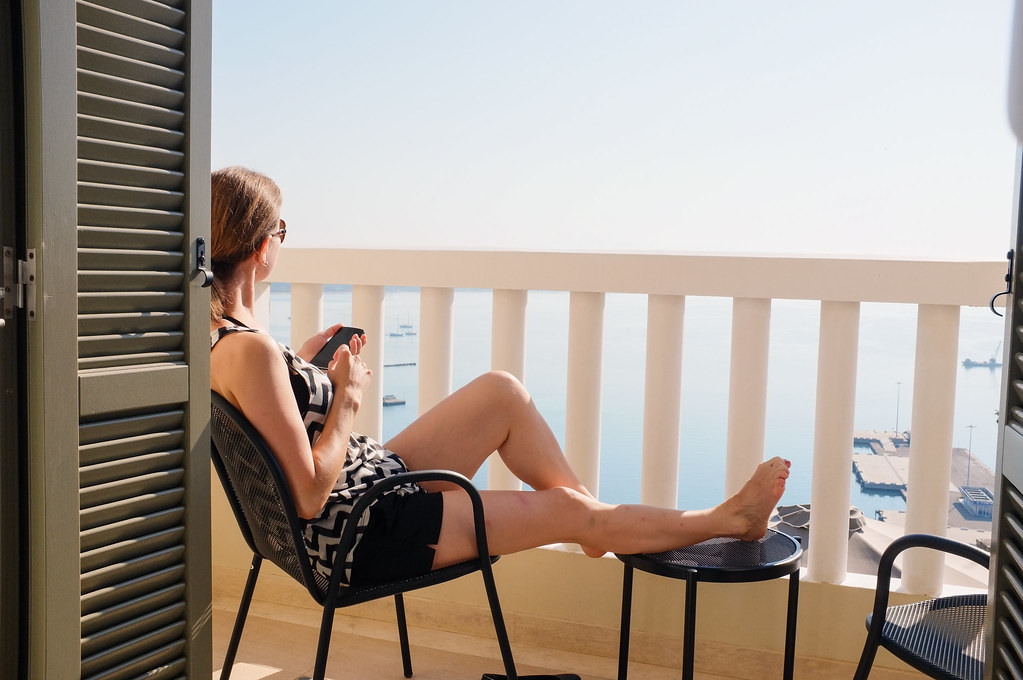 The next day we drove to ancient Olympia, which was just a 30 minute drive and the main reason we had stayed in Katakolo in the first place. The historic site of ancient Olympia is a lot bigger than I had remembered it to be. This didn’t help since the sun that day was quickly becoming unbearable, so much that we’d basically only stop walking once we had reached the next shady spot beneath a large tree. Next to the entrance of the site, we saw archeological tents and people excavating what looked like a large courtyard. Even with the large area already discovered, they are still make new discoveries every day, something I found inspiring. 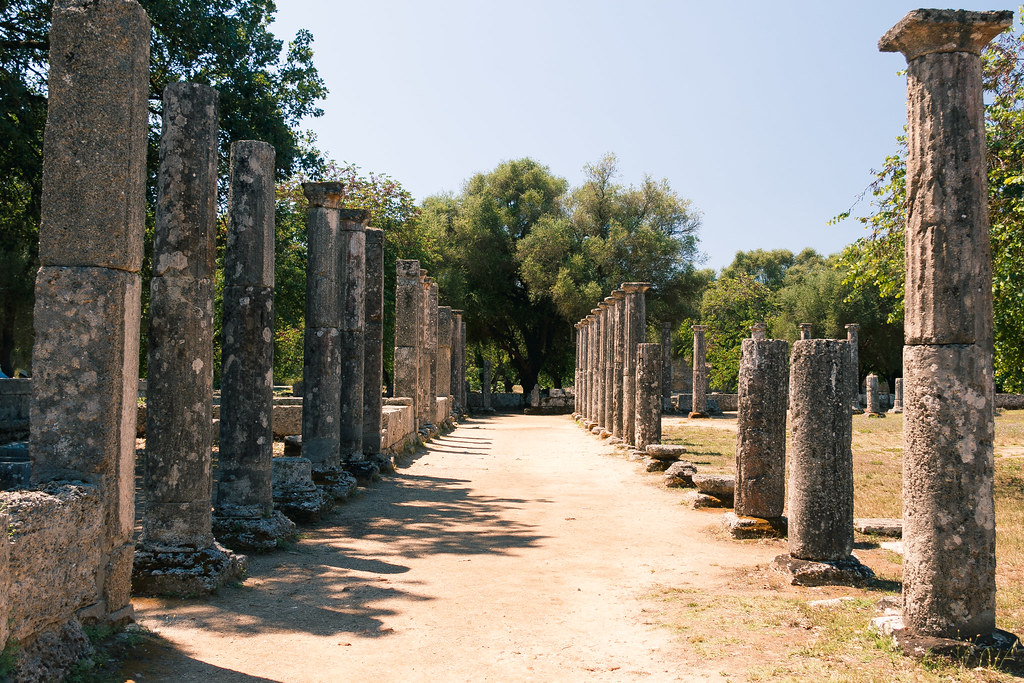 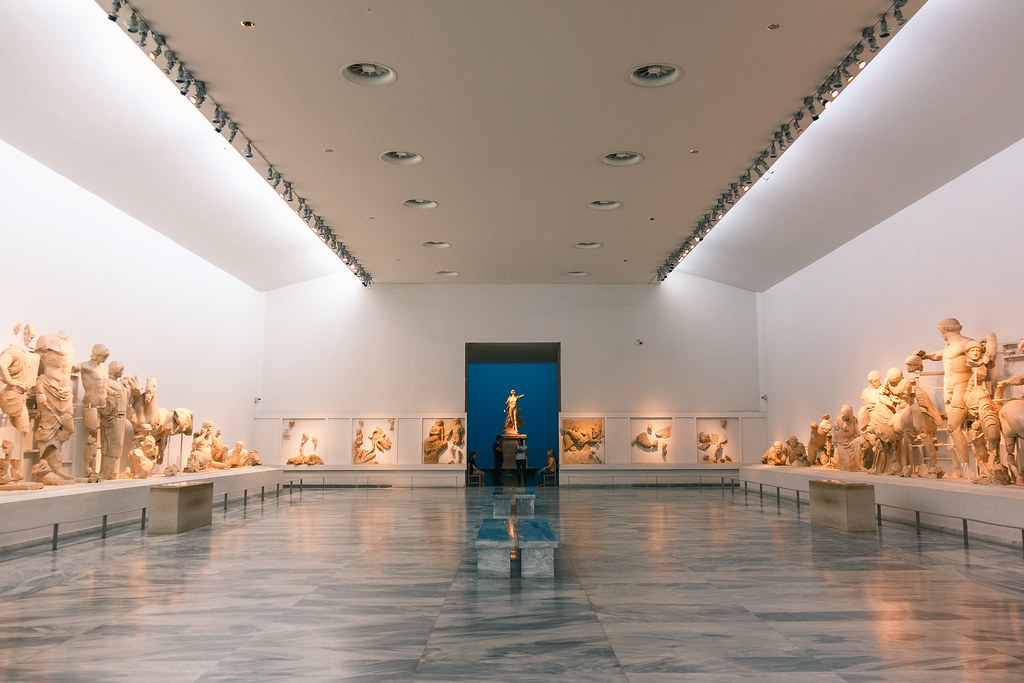 The rest of the site was impressive yet a little monotone. Olypmia is probably the worst example of ancient Greek sites with fields of columns and blocks of concrete stone lying around with no apparent structure. Landmarks like the stadium and some of the buildings were easy to recognise, but between them, fields of square rocks were the norm. It was still an interesting visit and another must-see. Just a short walk from the archeological site, we visited the museum. It housed all of the smaller discoveries, like pottery, weaponry, bust, and statues. Here, the amount of items was simply overwhelming, though they were presented in a modern and well organised way. The village of Olympia was a little touristy, but still very laid back and nice enough for us to get some proper Greek sweets. 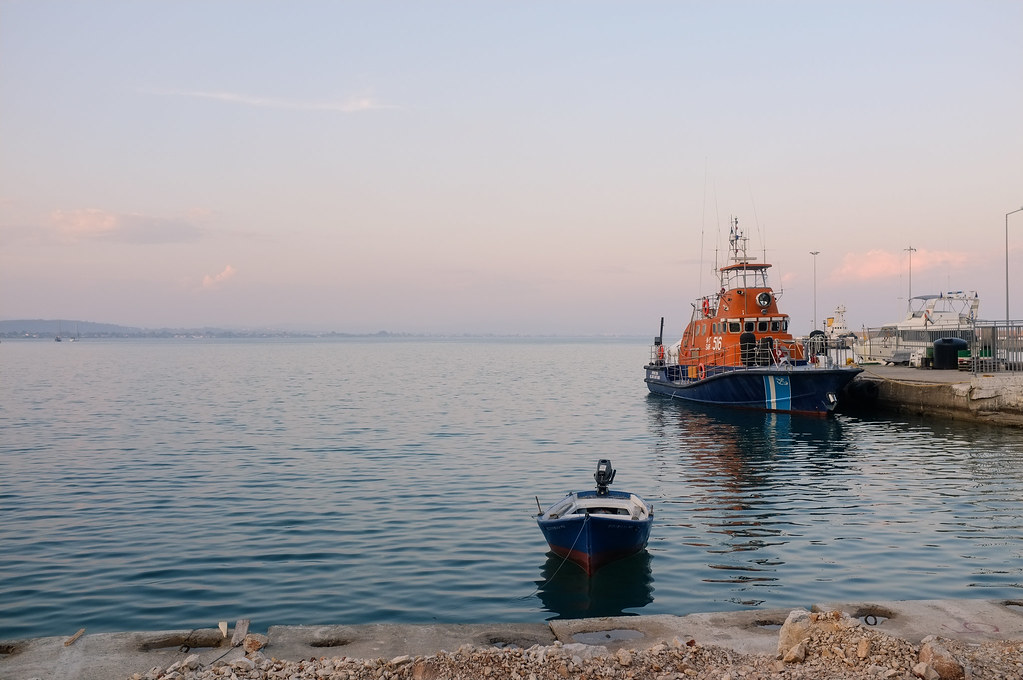 Back at our hotel we stopped at the reception to talk with the receptionist. He was a young Greek who was very enthusiastic about his job and in love with his country. We would chat with him whenever we got back from the beach or the village, and he’d have many ideas on what we should do and where we should go. The last time we saw him he gave us a map he had annotated with directions and photos of a place we should definitely visit on our next leg. We were grateful and also a little impressed that he had used his free time to compile this mini guide just for us. A few days later we’d go there as well. 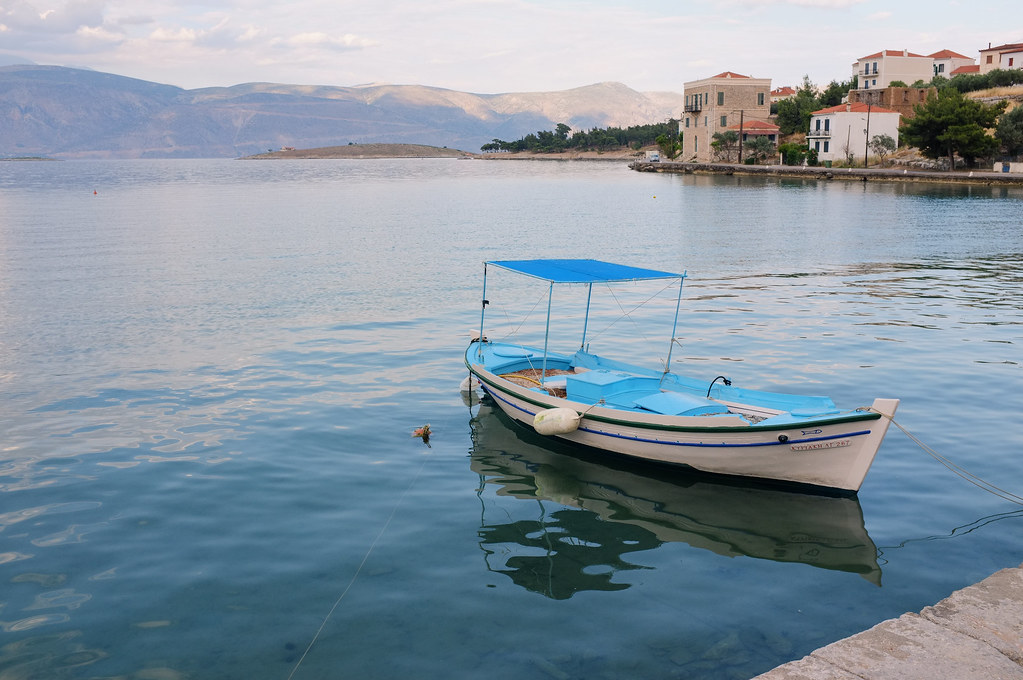 After we had seen Athens we headed North. A few hours of driving later we already arrived in Galaxidi, a small fishing village close to Delphi. We had picked Galaxidi since it was close enough to Delphi and also not far from the Rio-Antirrio bridge which connects mainland Greece with the Peloponnese.

Galaxidi was a little different from the rest of the places we’d stay at during our vacation, as it is not known to be frequented by foreign tourists. It does have a few small hotels and a harbor where a few Yachts are anchored, but apart from the restaurants along the pier there isn’t much to do, which was alright with us. When we arrived we drove straight through the centre of the town without seeing anyone. This is not surprising at noon, and one more thing that makes you feel on vacation in Greece. 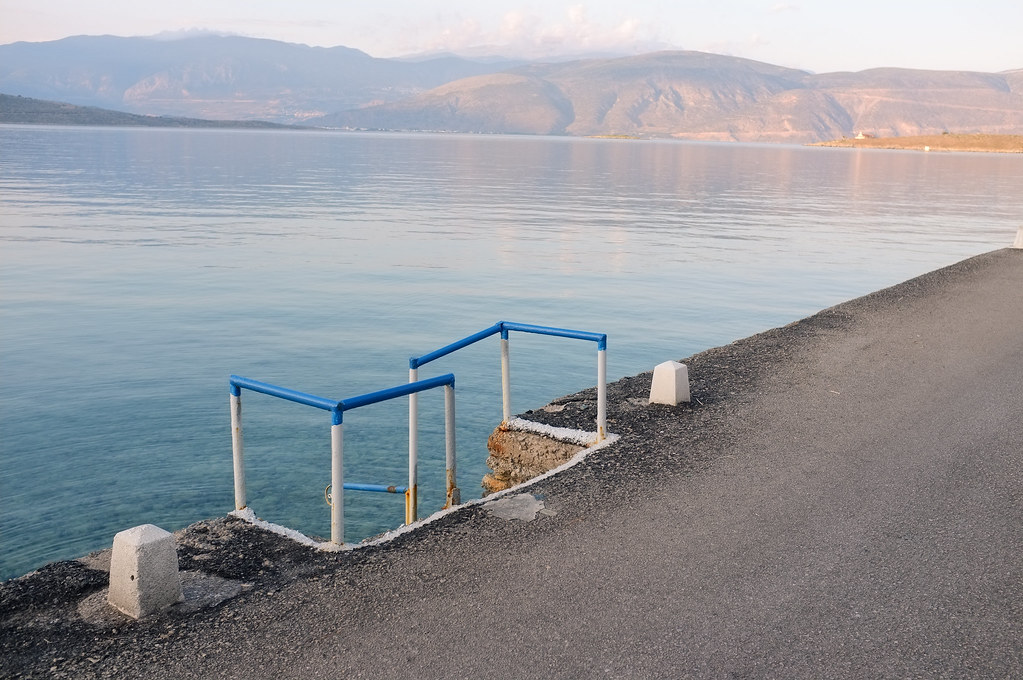 We had booked a wonderful small hotel in Galaxidi called the “Archontiko Art Hotel”. Our hotel was a little outside of town, meaning we got to walk around the harbour whenever we’d go to the pier to get something to eat. I took some of the most “greek” and tranquil photos of that vacation while walking along the seaside road in Galaxidi.

The archeological site of Delphi is located a short drive from Galaxidi and an obvious must-see for anyone passing through this part of Greece. We drove to Delphi on a relatively warm day, blue skies and not too many tourists at the main gate. The small city of Delphi does not have anything to offer, the Delphi museum is also a little underwhelming. But the site itself is well worth the visit. It is located on a mountain side facing the valley below, which means that one has to hike quite a bit to get from the entrance to the highest part of the site: The stadium. 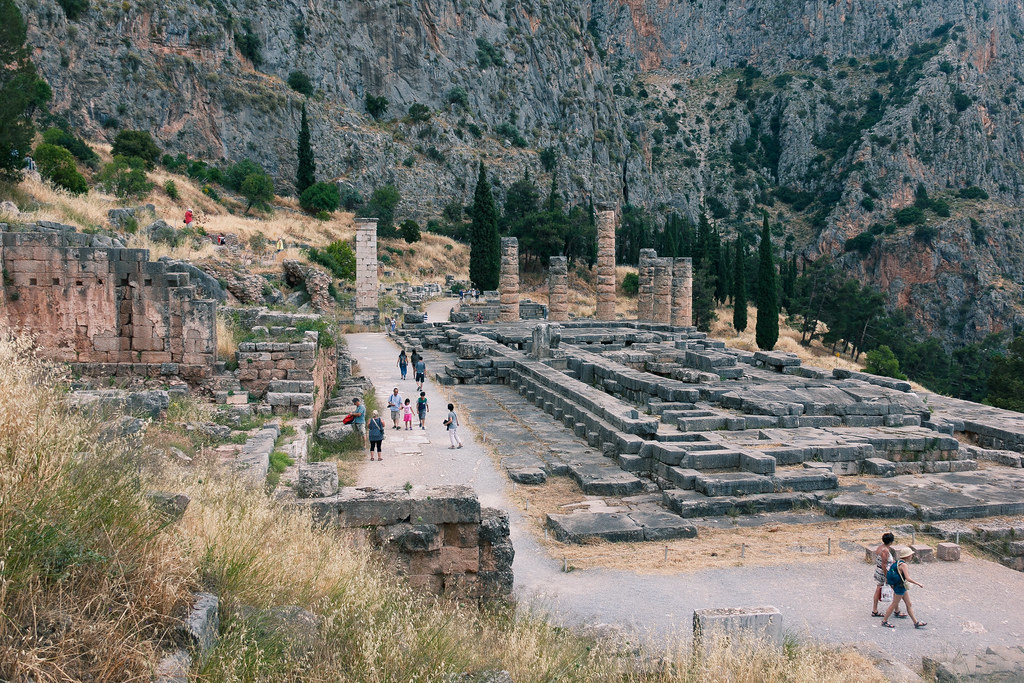 We had a great time at Delphi, but like with so many archeological sites in Greece its size is a major hurdle. Many of the sites in Greece are just to big to take in at once, with too many similar temples, stadiums and treasuries wedged between unidentified and unsorted pillars and rocks. It’s not that they don’t have any written explanations, just that its all text, badly translated from Greek and very academic. In my opinion, the biggest issue is that there are no 3D-recreations of what a particular heap of rocks looked like, there is no way to get sense of scale for the different types of buildings. In that regard, the museums I saw in the United States were much more accessible for the average visitor. Still, visiting these archeological gems in Greece is interesting even without the proper historical context.

As I gave away in my last post, our 2015 summer vacation took us to Greece. The decision to Greece was a spontaneous one, we had pondered where to go for some while before we came up with the idea to go there. We were a little hesitant at first, especially since we’d be going there in at the height of the Euro-crisis and did not know what to expect. Fortunately we got some first hand information from people who had been there recently who told us not to worry about what made the headlines at that time. 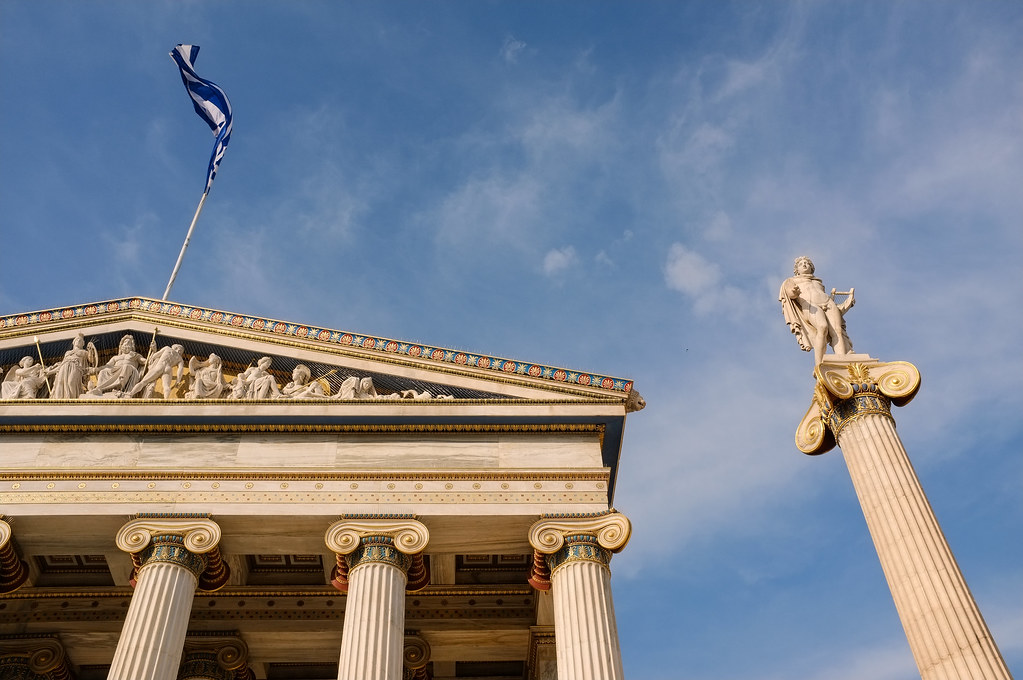 When we go somewhere we usually like to rent a car and drive around quite a bit, to take in as much as possible. This also reduces the risk of being stuck in a disappointing location for too long. In North America we usually book only the first few nights ahead of time and then figure out our route and the length of each stay as we go along, booking via the Internet each night. In Greece this was not really an option since a lot of the hotels we’d want to stay in where really small and completely booked way ahead of time. So we figured out a reasonable route and booked a few nights at each stop. 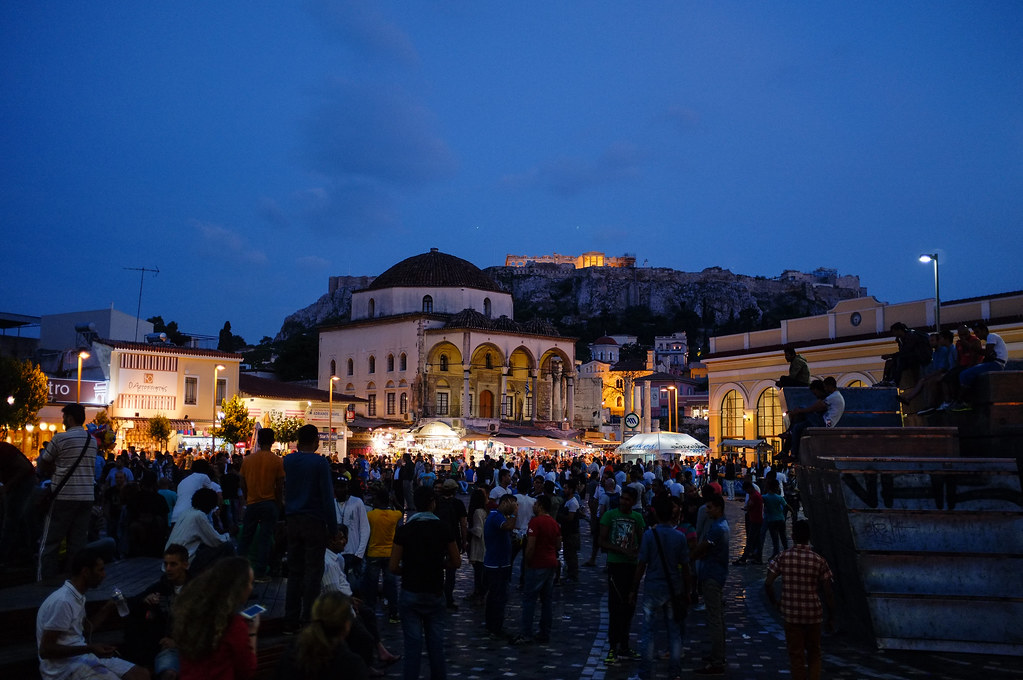 Obviously we flew into Athens and had a nice hotel for the first few nights, after which we’d pick up our car. This turned out to be a good choice since one of our suitcases did not arrive with us on the plane. So while we had all of our chargers, documents and cosmetics, the suitcase with all of our clothes and shoes was stuck somewhere between Germany and Greece. To make a long story short: It would not arrive until three days before our departure. At least in Athens we were able to buy some affordable clothes at H&M. On a positive note, not having clothes to change into told us just how little you actually need to go on vacation in a warm country. 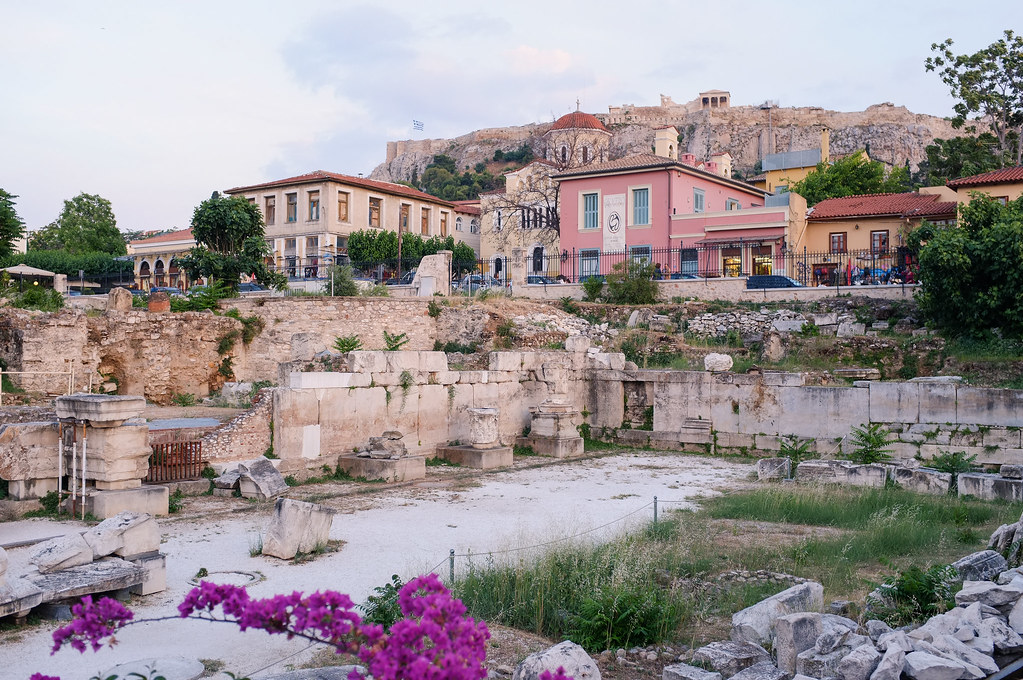 Athens was simply amazing and, more so than we’d hoped for. We arrived on a Sunday evening which was a bit of a shocker. Our hotel was in the middle of city and we had to walk a few blocks from the subway station. On our way there we passed one closed shop after another, often looking very derelict with every square inch covered in Graffiti. When we walked down the same street the next morning we did not recognize it, since every shop was open and everything was bustling with activity. This pattern was repeated in different parts of the town: Areas that look like you might get mugged every second transform into a busy shopping and tourist lane the next day. 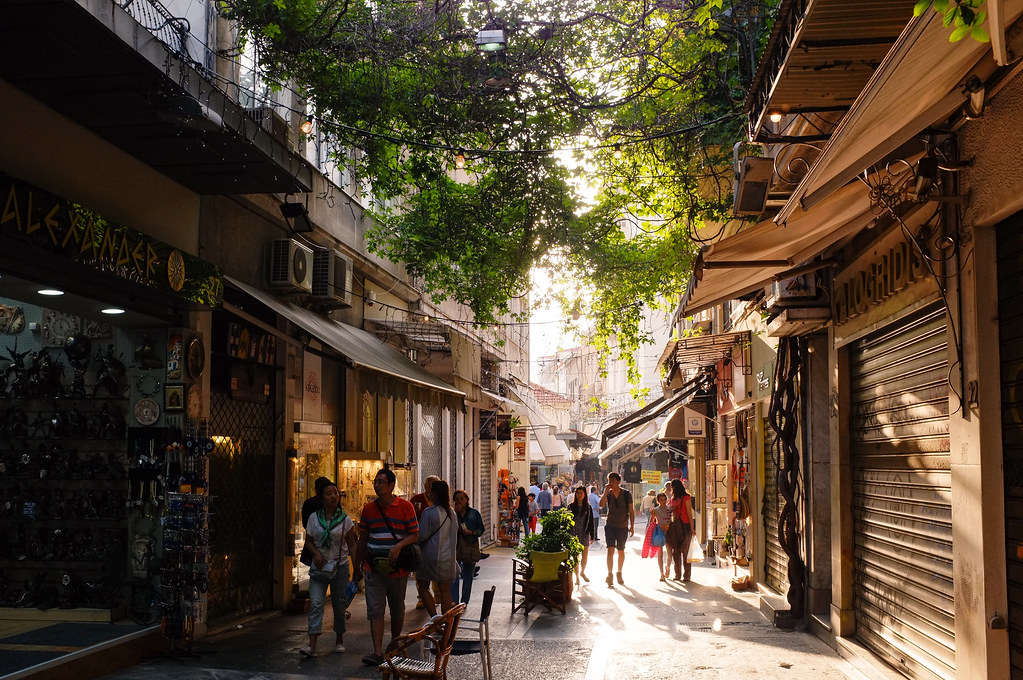 The center of Athens is dominated by the mighty Acropolis, even more so at night when it is being lit up. Just going up to the Acropolis and walking around some of the adjacent old city blocks will easily consume a whole day. The streams of tourists were ever-present but it was a lot more bearable than other locations like Paris or certain Canadian National Parks. We even had the luck of seeing the (by now infamous) Syntagma Square without any indication of the recent (or upcoming) protests. 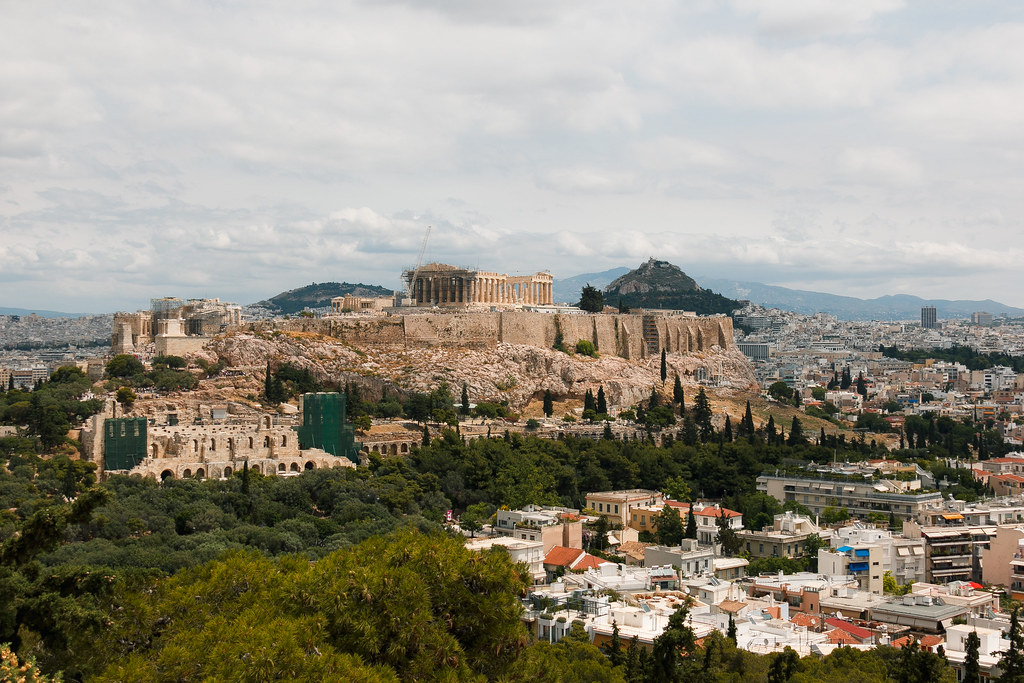 Probably the biggest joy of going on vacation the local cuisine. This was a major factor that made us pick Greece, and we would not be disappointed. Athens has many small romantic streets with restaurants and Tavernas of different sophistication. Yet, no matter whether you sit down in a fancy restaurant or in a tourist grill place, the food is sublime. A word of advice though: Unless you want to stick out as the ignorant tourist you’re well advised to follow the rhythm of the Greeks: No big meal at noon and dinner not before 9pm. This worked a little in our favor since we were always able to get the spot we wanted if we went to the restaurants at around 8-9pm when the tourists had already left.

After the busy streets of Athens we had scheduled a trip north, towards a small fisher town called Galaxidi, close to the ancient city of Delphi. 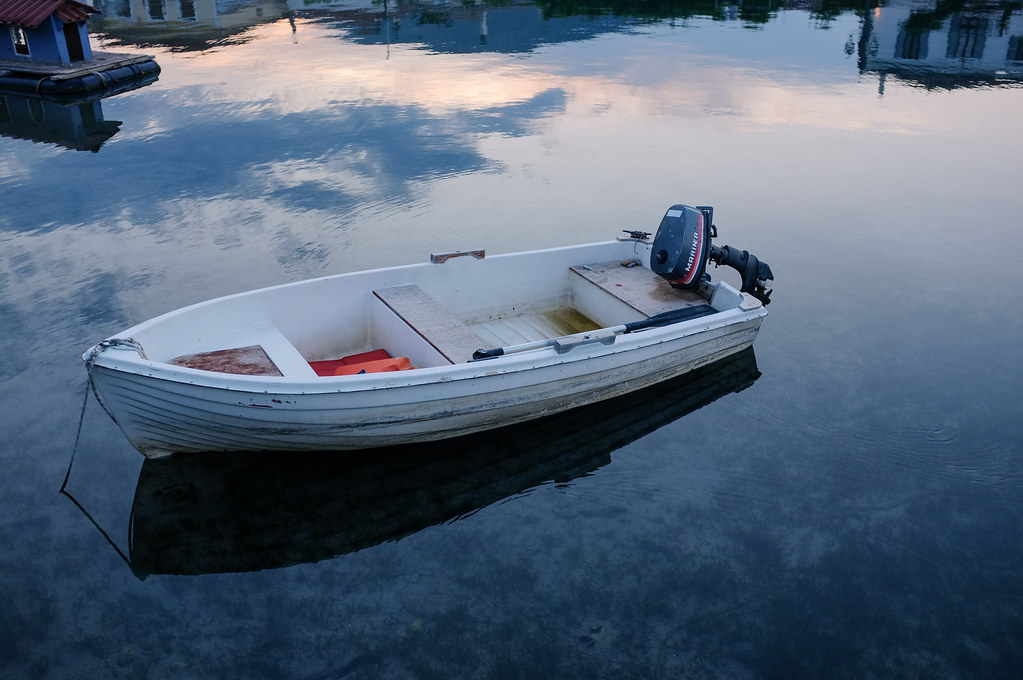 It’s been quiet here since my last post on Belgium. Actually, I’ve been busy uploading the photos from our 2015 vacation to Greece. Our trip to Greece was, once again, something very unique which we’ll remember for a long time to come. So stay tuned and follow me on flickr for new photos until the next post comes along.