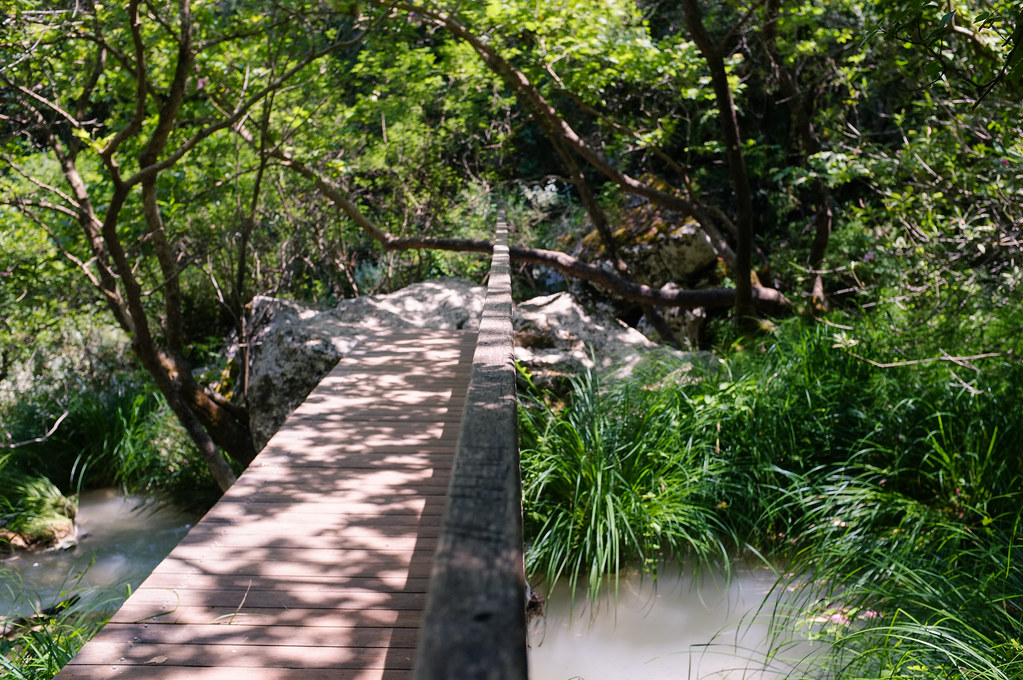 On our second day in Kalamata we went on a daylong road-trip around the western tip of the Messenian Gulf. The main reason we drove straight west was a tip from the receptionist in Katakolo. He had prepared a small annotated map of his favourite spots on the Peloponnese. One thing he repeatedly told us what the absolute had to visit Polilimnio Waterfalls, the highlight and an absolute must-see on our trip. Although he had warned us that getting there would take a fair amount of hiking, the photos and the remoteness of the waterfalls meant we had already made our decision. 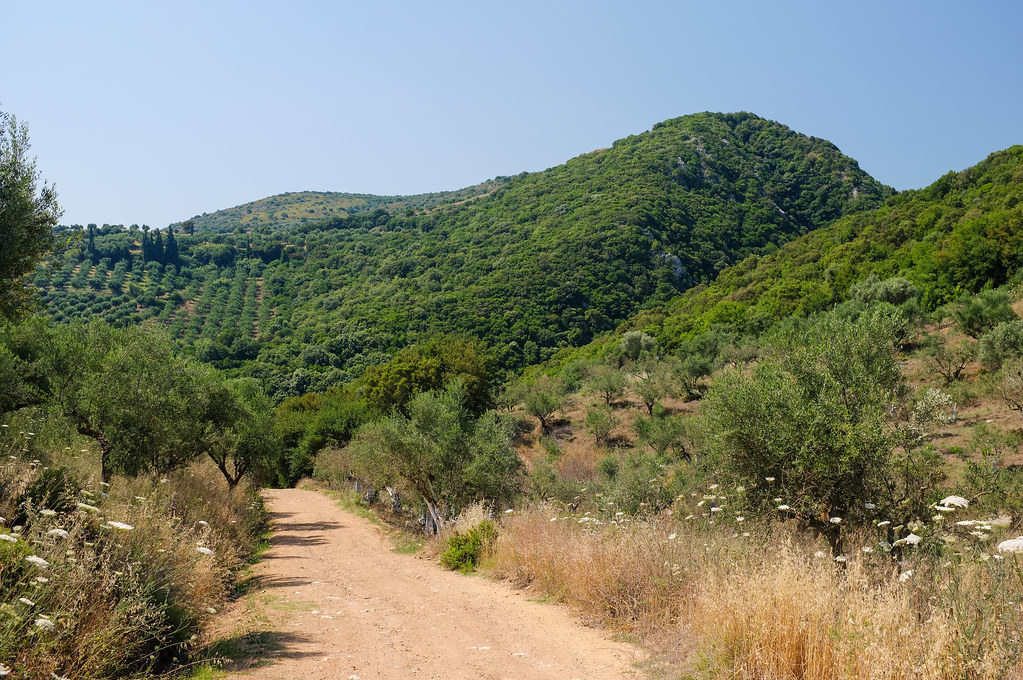 To get to Polilimnio we had to drive through two small villages and follow local signs. The latter part of the road was rough gravel, but there was enough traffic that we were confident to be heading the right way. We had to park the car eventually and make our way downhill by foot.

The Polilimnio Waterfalls are a series of small lagoons fed by a mountain creek. The valley is just a few meters wide in some spots, quite steep in other places and in general densely vegetated. When we came upon the trail we decided to hike downhill first, not knowing where we’d find the bigger lagoons. After about half an hour of hiking and climbing down slippery rocks and iron rungs we had arrived at the lowest lagoon. With just a few square meters of even surface, we stripped down to our swimming suits and jumped into the lagoon. The water was ice cold and completely pure, shimmering turquoise intensely. 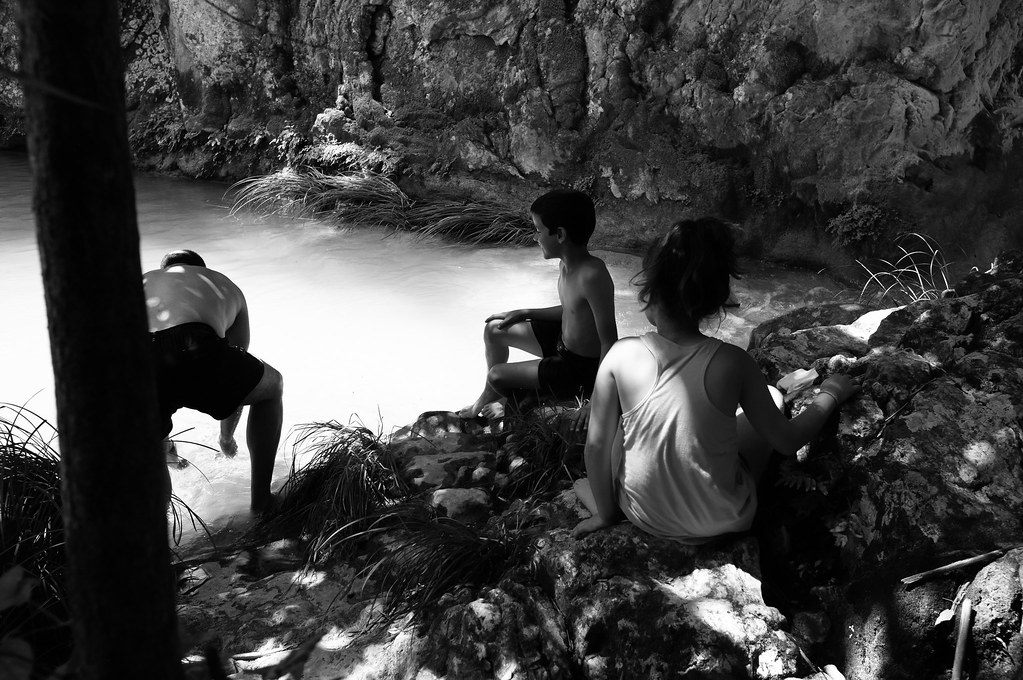 After the lowest lagoon we had to hike back up, happy that the whole path was covered in shade. We passed a number of lagoons on our way up, stopping at a smaller one to swim and have some lunch. By now we had figured out that the biggest lagoon was still ahead, so we continued uphill. In this narrow valley we weren’t alone at any point in time, there were Greek and other tourists of all sorts and ages. Having climbed some particular rough terrain, we finally arrived at the biggest lagoon, called “Kadi Lake”. It wasn’t only the biggest lake but also the one with the most spectacular waterfall, good rocks to dive off of and enough space for a few people to enjoy it at the same time. Used to the cold water by now, we immediately stripped down and dove into the water. It was even possible to swim below the waterfall and feel the force of the water coming straight down. When we were done swimming and taking in the breathtaking view, we headed back to the parking lot, which took us quite a while. For the rest of day we had planned to visit some small cities along the coast. 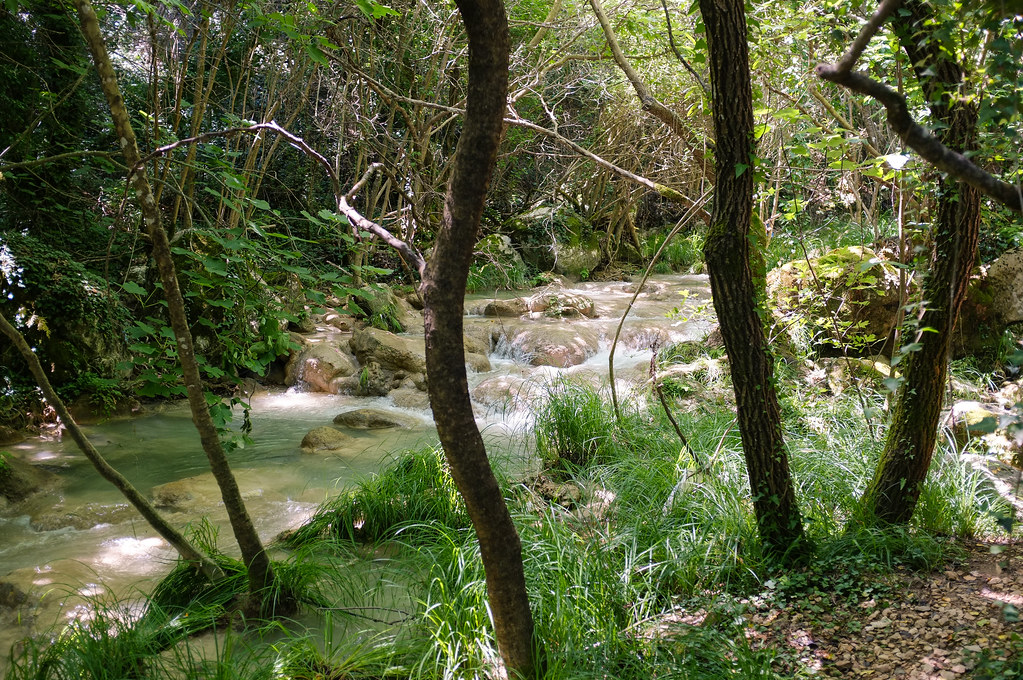 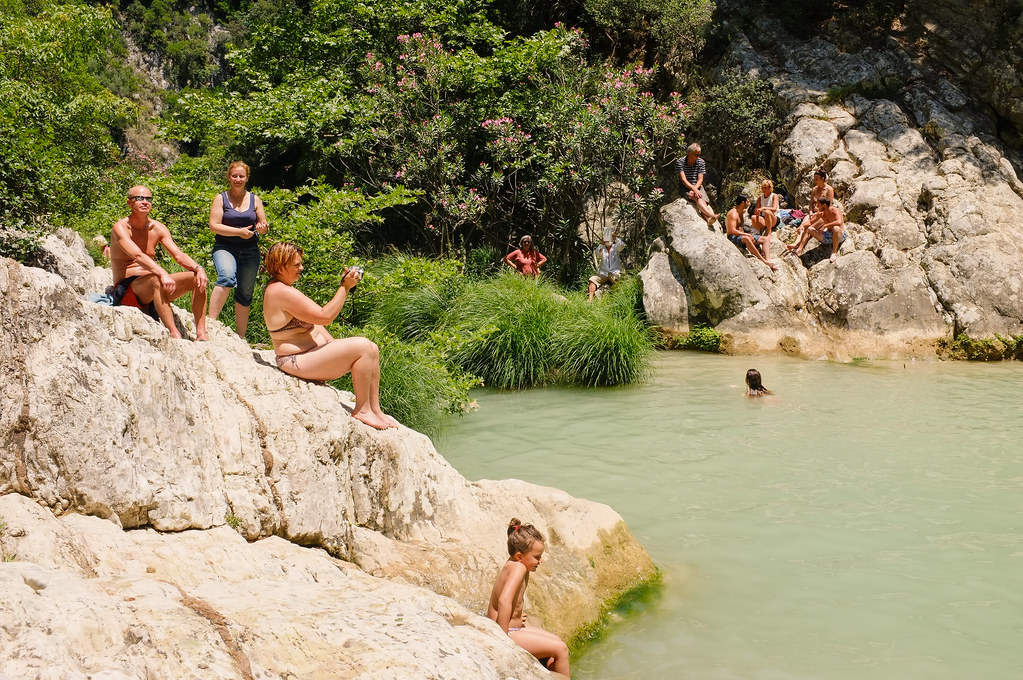