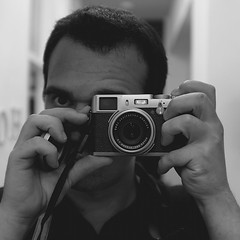 The title of this post might sound a little over-the-top (and if you read up on the X100 you know dozens of other blog-posts which sound similar), but I think it is accurate. Three months ago I decided to head to the local photo-shop (Audiophil-Foto) and get my hands on the Fujifilm Finepix X100. The X100 is a (relatively) compact camera with a fixed prime lens, an APS-C sensor and a so-called hybrid viewfinder. Obviously I had read countless reviews and blog-posts about this camera, especially given the price. Also, I had just purchased the EOS 60D at the beginning of the year, and adding another camera with a very similar pricetag might seem … excessive. Well, in my opinion it wasn’t, and still isn’t, and here is why:

That was the foremost reason for me to get another camera. I love my 60D, but I noticed leaving it at home more often, thanks to its sheer size and weight. So, in terms of size and weight, something like the Sony NEX line (or any other mirrorless system) might have done the same trick, but here’s where we come to the other factors.

I know that I would always compare pictures taken with a second camera to the quality I get from my 60D. So I had to get something close to it or I would constantly be disappointed and asking myself whether I should have brought my DSLR instead. The X100 is equal to the 60D in terms of raw picture quality, and even superior in a few departments. High-ISO (1600, 3200) performance is much better than the 60D, and the in-camera JPEG processing is simply out of this world. The Auto-DR (Dynamic Range) is nice too, I leave it on Auto most of the time and it often goes to DR-400 (with ISO 800). Because of the fixed lens, Fujifilm was able to adjust lens and sensor to each other, so that there is no distortion, vignetting or loss of sharpness at any aperture across the whole frame.

Yes, I really want to be able to adjust aperture, shutter speed, ISO, metering, shoot RAW, etc. Being able to mount my Canon flashes to the X100 is a big plus (even if they’re fully manual), and sync speeds which are much faster than my 60D are great. The X100 has a fixed prime lens, i.e. no “zooming”, period. Having used my 50mm and 30mm exclusively for certain events I knew what that meant and was fine with it. I can lock focus or exposure independently and recompose like I’m used too. The hybrid OVF/EVF is great too. I try to use the OVF most of the time, but fall back to the EVF whenever there is a tricky shot in terms of auto-exposure. 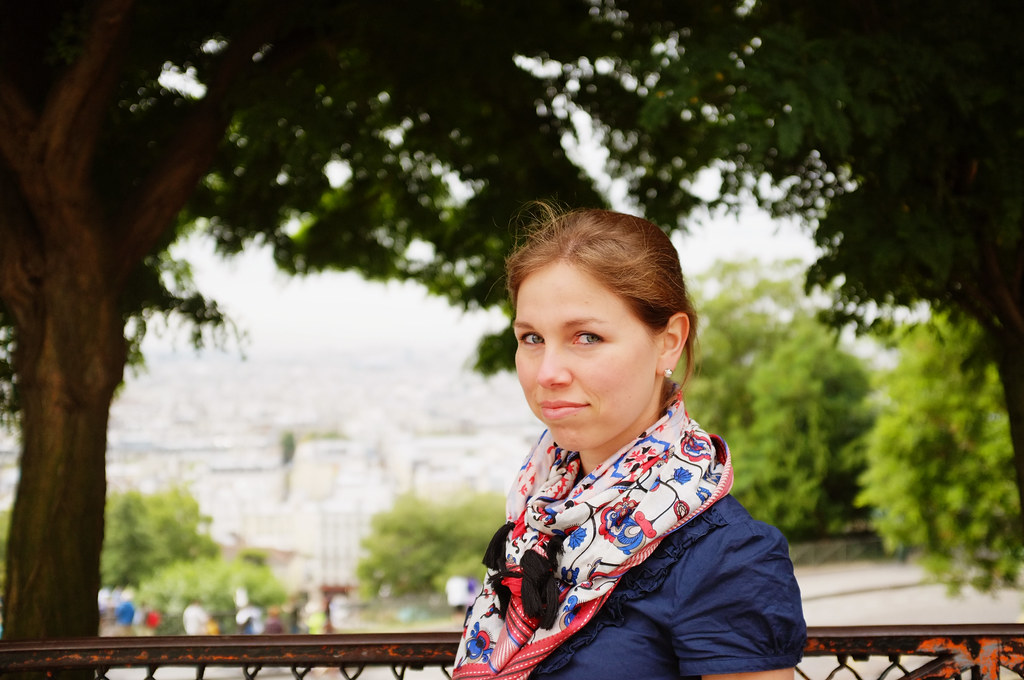 Since the X100 caters to a specific breed of photographer, you can guess that there are lot of people out there trying to optimize and customize their camera. First thing you should do is to get 2 additional batteries (7-8€ on Amazon), a single one will never last more than half a day. I also got the X100 fake leather case. I find the bottom part to protect the camera from rough underground when I set it down, but I almost never use the top cover, even when the X100 is in my backpack. I got myself the lens hood, filter adapter and an UV filter for obvious reasons. A nice addition is a so-called soft-release button which screws into the thread on the shutter release. I’ve only been able to find these on eBay in Germany. Finally, I ordered a camera strap from Gordy’s Camera Straps, see the photo below. 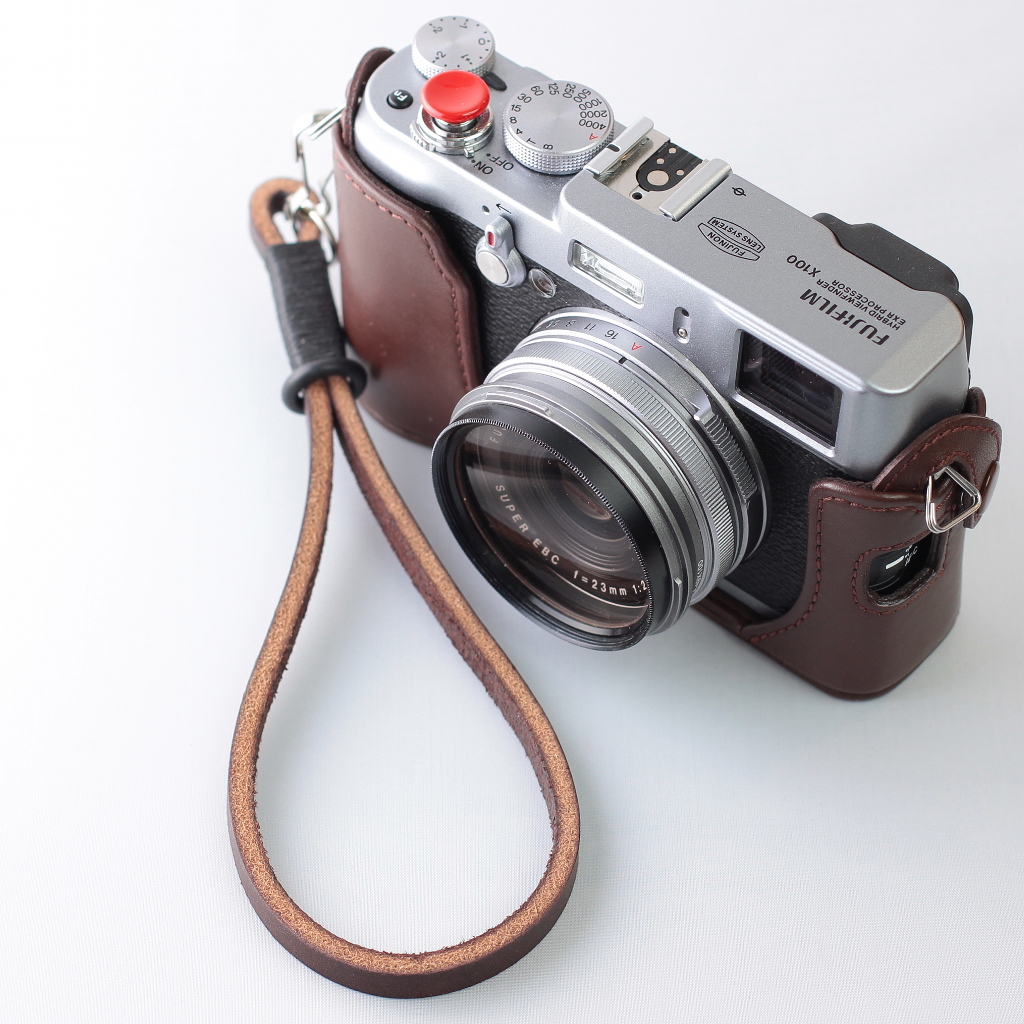 Without reiterating everything said about this great little camera, here is what made lasting impressions on me. I really started to enjoy photography much more again. The X100 is slower than the 60D in almost every aspect, but that automatically forces me to consider a subject before shooting multiple frames. Also, the fixed focal length has a similar effect. The way that Fujifilm tuned the in-camera JPEG processing is breathtaking. I exclusively shoot JPEG with the Astia Film mode and some minor tweaks to shadows. With landscapes and city this is already great, but as soon as people enter the picture you have perfect exposure and warm natural color rendition 95% of the time. I’ve repeatedly been asked whether an out-of-camera JPEG was postprocessed by savvy photographers. Funny thing about the hardware of this baby is that virtually everyone I know wanted to know what kind of funny film camera I was using. 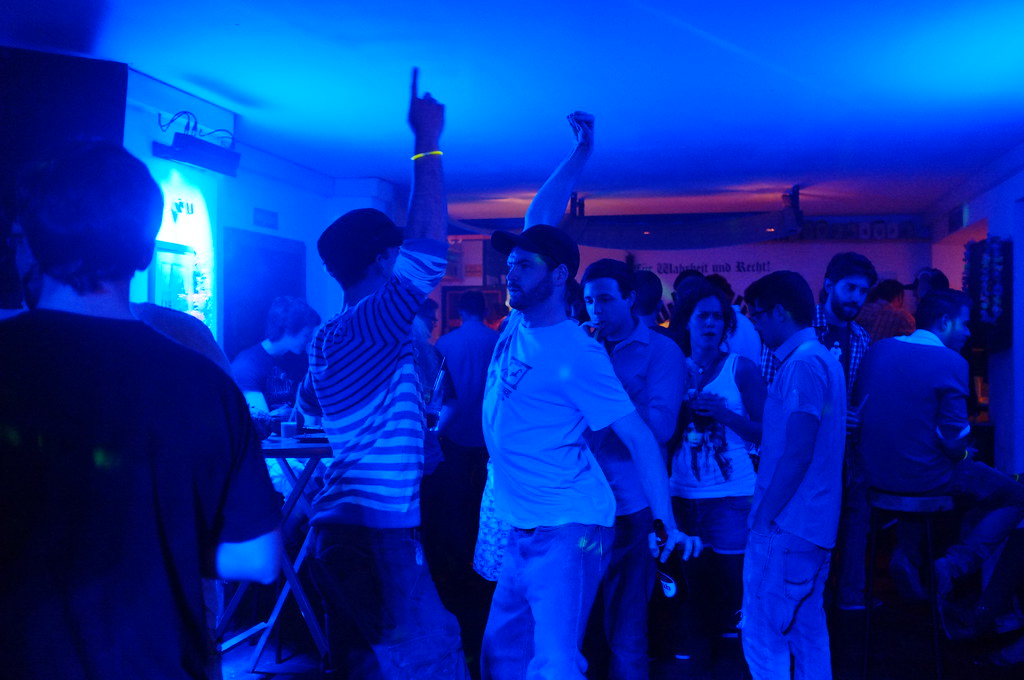 Carrying this camera is a lot of fun. It makes me want to take it along every time I leave the house. It’s very unobtrusive, you don’t get noticed while taking shots or carrying it. We were in Paris last week, and I was able to hop on and off the metro and squeeze my way through crowds of people much better than with a DSLR. 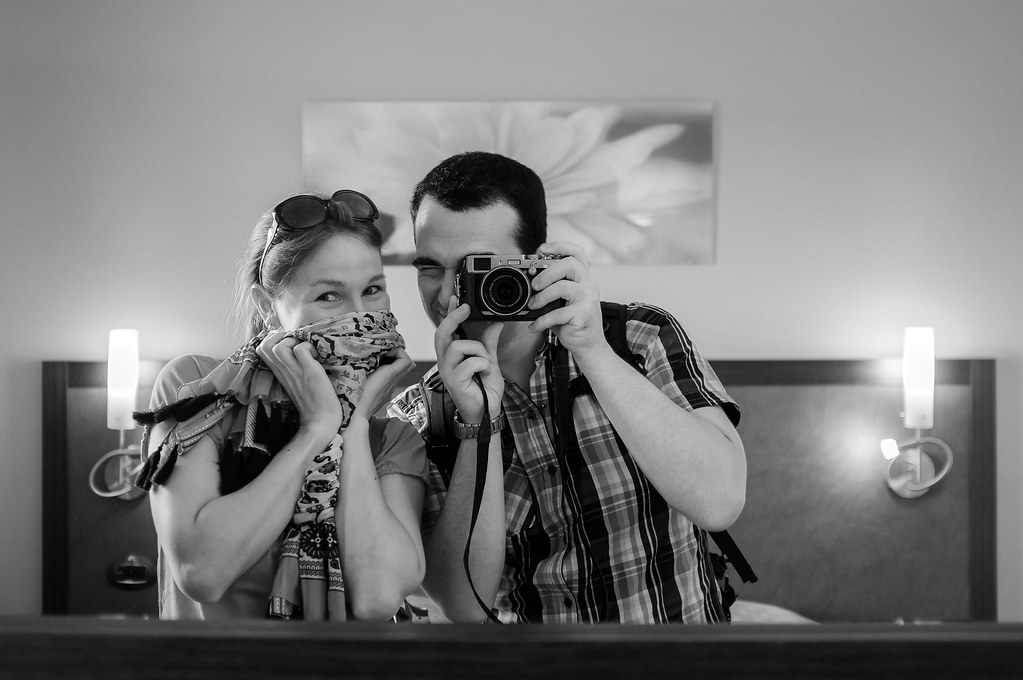 What surprised me most was that I also rediscovered the merits of post-processing my photos. Seeing the results the X100 was able to achieve using its film profiles made me realize how much I might have missed out in the past with my DSLR. I gave Lightroom a try and am really happy with its post-processing abilities, though I still have to find a workflow that fits my multi-PC Linux/OSX setup.

I don’t want to endorse this camera to the casual reader of my blog. People savvy enough already know whether they want this camera or not, so this post should not influence you in either way. Also there are rumors that the X100 might be upgraded soon(ish). In case you’re wondering why so many people are selling their used X100 at the moment, its probably due to the X-Pro1, which is basically an X100 with changeable lenses (and twice the price).

One take-away message might be this: Don’t underestimate compact cameras. I think that DSLRs are at the end of their natural evolution (slowly evolving to become night-vision goggles with GBit Ethernet), while the rest of the camera-world is catching up. Don’t dismiss anyone carrying something smaller than a DSLR as lacking ambition. As they say: “The best camera is the one you have with you.”

Some links to blogs etc. which highlight what you can do with an X100:

These are my X100 shots which made it to flickr: