To commemorate the end of my studies (Computer Science) I got myself a new toy. This time I opted for something substantial instead of many small and sometimes pointless gadgets which will only accumulate dust after their initial use. So, after careful consideration and a long period of reflection, I got myself a racing bike. This is what it looks like: 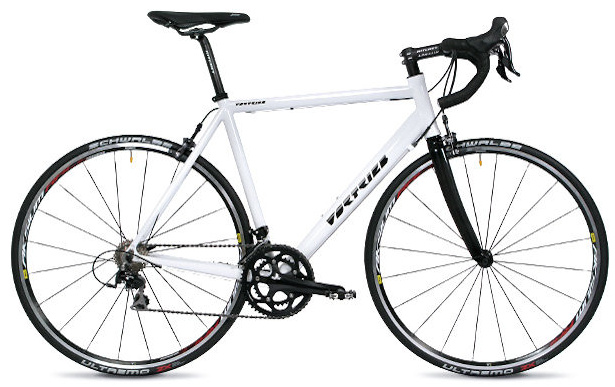 Although there are many large bike stores here in Aachen with a large selection of bikes, I chose a small store in downtown Aachen called Vortrieb which has a large online presence for bike parts and a small store selling preconfigured bikes. Since you don’t just need a bike I went ahead and added stuff like cycling shoes, pedals, clear glasses, a helmet, a shirt, a bottle and cushioned shorts. Using shoes with a click system requires some training (I’m using SPD-SL Shimano cleats) but I was able to get up to speed without toppling over once.

As I said I was pretty sure that a racing bike would be good investment beforehand, judging from the amount of cycling I did with my old mountainbike. Aachen and its surroundings are perfect for cycling: Lots of cute small villages connected by many small farm roads, an interesting landscape and three countries to explore. Driving east the landscape gets flat very soon, but to the west and south of the city, a mixture of farmland, forest and villages is distributed on gently sloping hills and in small valleys. After having familiarized myself with the bike in the last two weeks I decided to put it (and myself) to the test on some unknown terrain.
You can view my route below, click for Google Maps, downloadable GPX. Distance was about 47km, combined elevation about 850m, it took me two and a half hours. I visited villages like Lemiers, Holset, Mechelen, Epen, Sippenaeken, Plombieres, Moresnet and Vaals. 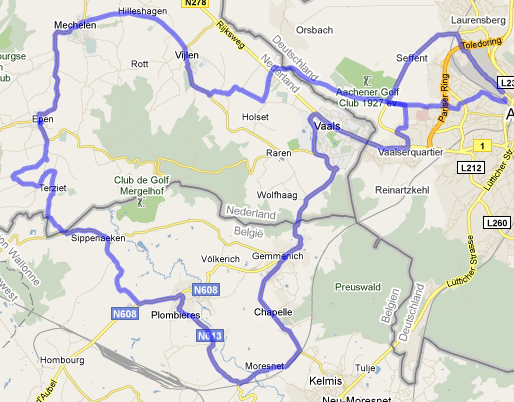 Me cycling without a tachometer means that I have a new use for my Garmin etrex H GPS. I had to build a connector cable though since I didn’t want to buy the totally overpriced serial cable from Garmin. 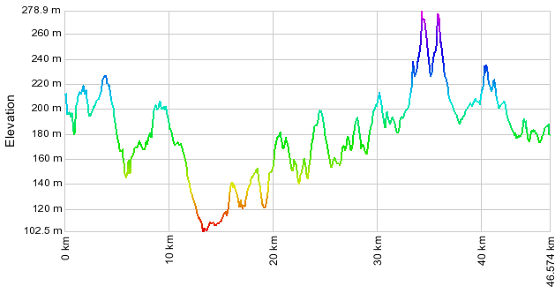 I hope to do more posts like this in the future, the amount of work transferring the GPX is negligible and I have a feeling that a lot of people are interested in GPS routes.